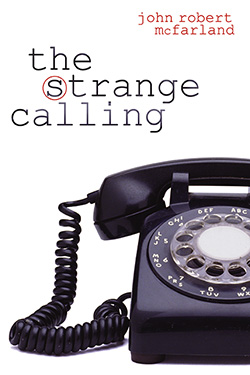 At the age of fourteen John Robert McFarland traded his life for his sister's. "Save her from death," he prayed to God, and "I'll . . . be a minister." It wasn't what he wanted to do, but it was the only bargain the teenager could think of that would get God’s attention.

For forty years McFarland worked to see if his "strange" calling was really to the "high calling," the ministry. That calling has taken him to Alabama to march with Martin Luther King, Jr., to the chaos of university campuses in the 1960’s, to the families of murder victims and abused children, through a cancer diagnosis, and to the grave of ambition.

John Robert McFarland is a former writer for Garrison Keillor's "Prairie Home Companion" radio show. He is a United Methodist minister, a speaker, the author of Now That I Have Cancer I Am Whole and An Ordinary Man, and a past president of the Academy of Parish Clergy. McFarland resides in Mason City, Iowa, with his wife Helen.

John Robert McFarland is a wise and funny man.

John Robert McFarland is the Garrison Keillor of parish ministers in America today. Here is a storyteller who brings to life the varieties of people with whom he has worked, laughed, prayed, and fought through the years of his lively calling. He has that rare gift of lifting the extraordinary out of the ordinary.