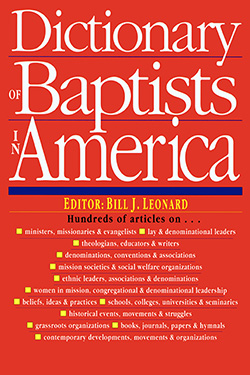 This work is an informative guide to one of the most prevalent and diverse Christian families in America. It explores the ideas, the events, the people and many other intriguing aspects that make Baptist who and what they are. Historians of the Baptists and of American religious history in general have contributed to make this dictionary an essential tool for students, teachers, scholars and observers of American religion, as well as for Baptists who wish to explore their rich heritage in its fascinating detail.