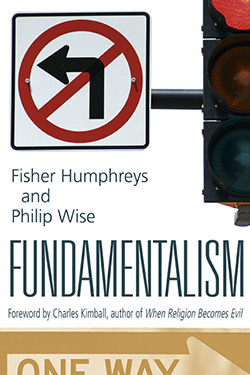 Fisher Humphreys is Professor of Divinity, Emeritus, of Samford University in Birmingham, Alabama. He retired in 2008.

Philip Wise was  pastor, author, professor, mentor, and friend to many before cancer claimed his life on March 30, 2009. He was a graduate of Samford University (BA) and New Orleans Baptist Theological Seminary (MDiv, ThD). He had also completed post-graduate work at Oxford University.

"People in our churches deserve to have a clear explanation of what the issues are in an irenic spirit.…People who read this will find that "progressive" Baptists, as you describe them, are as committed to Scripture, to the doctrines of the faith, and Baptist principles as Baptists have ever been. Thanks for a job well done!"

"Cogent and clear. Broadly accessible. What progressive Baptists have needed, this book provides. Responding knowledgeably to fundamentalism and resisting it kindly are twin strategies more becoming of Christian disciples than reacting to it with the same measure of spiritual violence fundamentalists often employ. Drs. Humphreys and Wise have given us a guide to the theological riches of fundamentalism that ought to be preserved, while flagging the doctrines and attitudes that lead to spiritual poverty. This volume will be welcomed in pulpit and pew alike."

"My advice to all my students and friends: 'Read everything that has Fisher Humphreys' name on it.' Void of contempt or savagery, Humphreys and Phillip Wise expertly describe one of the most pervasive, powerful, and pernicious forces in American religion today. Have they cut Fundamentalism too much slack? Some, who consider full blown fundamentalism a distortion of all that Jesus lived for, will think so. Do they understand the religious cocoon from which so many of us have Evolved? Without question. Read it and pass it on. It is a tract for our times."